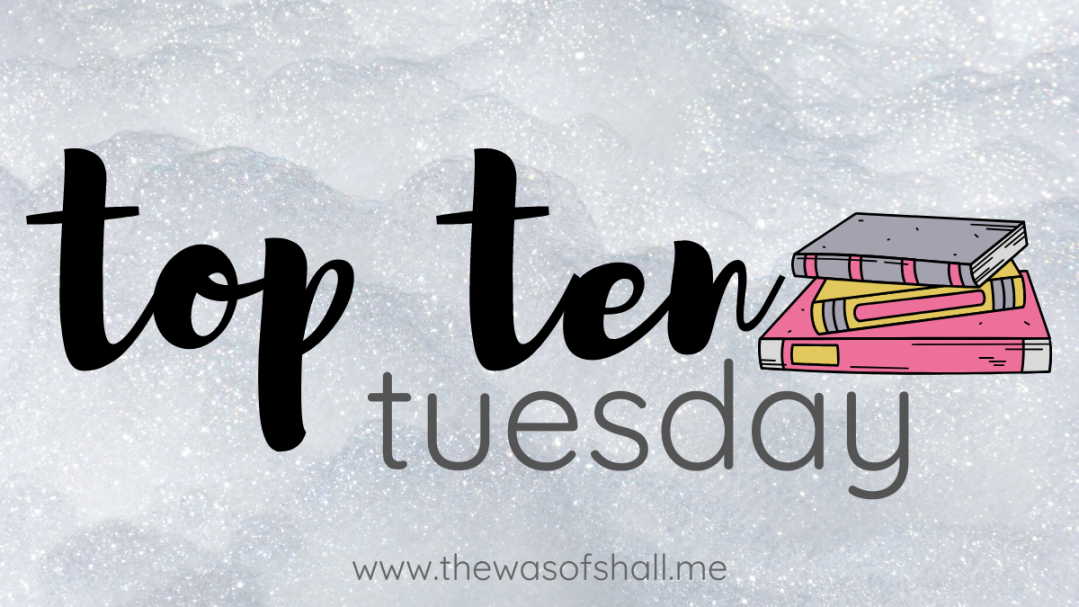 Top Ten Tuesday is a weekly meme hosted at That Artsy Reader Girl. This week’s theme was an audio-themed freebie.

I listen to a lot of podcasts. (Like, it’s basically the only thing I listen to.) I’ve featured both book-related and narrative nonfiction podcasts already, but here are ten more that I absolutely love!

♥ Backtalk: A snappy conversation between two Bitch editors about the week’s pop culture.
♥ Hysteria: Political commentator and comedy writer Erin Ryan is joined by a bicoastal squad of opinionated, mouthy women to discuss news, politics, and cultural stories that affect women’s lives, from the serious to the absurd.
♥ Keep It: Ira Madison III leads a conversation at the intersection of pop culture and politics at a time when we’re all obsessing over both. Movies! Music! Terrible tweets by celebrities trying to seem engaged while bragging about their latest project! This show has it all.
♥ Last Podcast on the Left: Hosts Ben Kissel, Marcus Parks, and Henry Zebrowski cover all the horrors our world has to offer, from demons and slashers to cults and serial killers. Guaranteed to satisfy your blood lust.
♥ The Librarian Is In: New York Public Library’s podcast about books, culture, and what to read next. Hosts Gwen Glazer and Frank Collerius discuss the books they’re reading, pop culture and the literary zeitgeist, and the world of libraries—and welcome special guests.

♥ Lovett or Leave It: Former Obama speechwriter Jon Lovett is joined by comedians, actors, journalists, and many, many renowned Friends of the Pod for a roundup of the week’s top news. Rants! Games! Bad impressions! Nuanced discussion!
♥ My Favorite Murder: Lifelong fans of true crime Karen Kilgariff and Georgia Hardstark tell each other their favorite tales of murder and hear hometown crime stories from friends and fans.
♥ Pod Save America: Four former aides to President Obama—Jon Favreau, Dan Pfeiffer, Jon Lovett, and Tommy Vietor—are joined by journalists, politicians, comedians, and activists for a freewheeling conversation about politics, the press, and the challenges posed by the Trump presidency.
♥ Unladylike: Hosts Cristen Conger and Caroline Ervin investigate how sisters are doin’ it for themselves in spite of all those unwritten, but all-too-real, bullshit expectations of how we should live our lives.
♥ You Made It Weird: Everybody has secret weirdness. Pete Holmes gets comedians to share theirs.